What is a negotiated debt settlement?

What is a negotiated debt settlement? 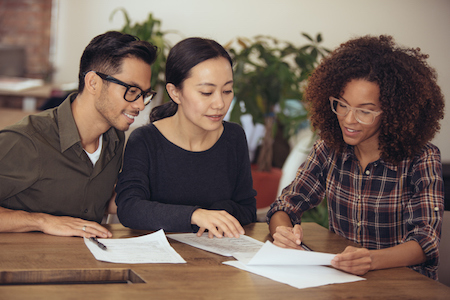 It’s best to negotiate from a position of strength by not having submitted late payments or having missed them, which can cause a credit score to fall. If that happens, cardholders will likely have a harder time getting concessions in a negotiated debt settlement. Instead, they should start talking to their creditor soon after realizing they’re having trouble repaying their debts.

Forbearance
There are a few types of negotiated debt settlements, and the simplest one is called forbearance. Banks offer these programs to reduce interest rates, waive late fees and extend repayment terms.

Forbearance doesn’t forgive any debt, but offers better terms for repayment. Unemployed cardholders typically are approved for forbearance, and the plans should have no impact on the cardholder’s credit score.

Workout Arrangements
In these programs, card issuers lower or eliminate interest rates and fees, either temporarily or permanently until all of the debt is paid. A credit line may be reduced so that the credit card can no longer be used.

Like forbearance, a workout agreement doesn’t reduce the principal owed. It can affect a credit score, depending on how the bank reports it to the credit agencies.

Lump Sum
A lump-sum settlement is where a cardholder offers to pay less than the full amount owed so that the entire debt is eliminated.

These are often accepted in two or three payments and are a way for banks to avoid trying to get payment through a debt collection agency. Interest and fees are likely to be forgiven in lump-sum settlements, however the principal will still need to be paid.

It can have several downsides. The bank will be charging off its loss, which will hurt the cardholder’s credit score. Also, cardholders must pay taxes on any forgiven principal of $600 or more and treat it like income.

Debt Management Program
This type of negotiated debt settlement is for people who don’t want to negotiate directly with their lender. A third party does it for a fee.

Some for-profit debt management companies can be unscrupulous and charge large up-front fees. To find a reputable credit counselor, check with the National Foundation for CreditCounseling, or the Financial Counseling Association of America.

This site uses Akismet to reduce spam. Learn how your comment data is processed.